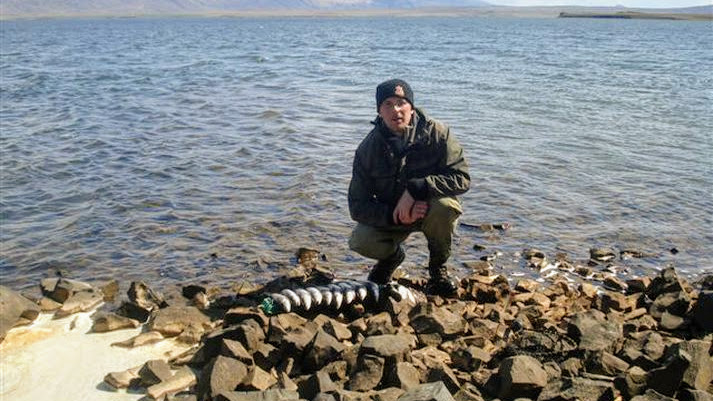 What can be fished

Hóp is on the border of Vestur- and Austur-Húnavatnssýslna and is the fifth largest lake in the country, about 44 km² in size. Fishing is permitted in the whole lake and there are many good fishing spots. Resident char, sea char, sea trout and a considerable number of salmon are caught in Hópi every year, as good numbers of salmon pass through it into the rivers Víðidalsá and Gljúfurá. It is easy to get to Hópi, as it is close to Highway 1 via Húnaþing. At low tide a long sand reef becomes visible that reaches a long way across the lake and is a very popular riding route.

At Ásbjarnarnes there is a good fishing hut with a view over Hópið. There are toilets and the house can take 15-20 people for coffee. Housekeeping is included in the price of fishing permits, but accommodation is not available.

Fishing is permitted in the whole lake.

To get to the lake on the west side, there are two routes from the Ring Road. Road 711 lies somewhat south of Víðigerði and from there it’s possible to take 717 which runs to Skollanes. From that road it is possible to take a road marked Ásbjarnarnes and in continue along continuation a difficult road up to Bjargás and out along Nesbjörg to the west. Under Nesbjörg there are several well-known fishing spots, such as Bryggjan and Vaðhvamm. Below Myrkurbjörg there are several respectable places and at the front of the axis are Skipeyri and Bjargatá which have often be productive.

About the fishing license

Considerations about the schedule

It is permitted to fish for 12 hours daily, from the morning to the evening

There are no recent catches at Hóp!